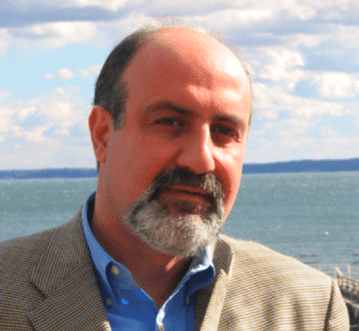 Today’s idea comes from the book Antifragile by Nassim Nicholas Taleb. In his book, he discusses a phenomenon called the Lindy Effect and how he applies it to select what books he reads.

What is the Lindy Effect?

Most ideas have a finite life. The length of an idea’s life is a function of how good of an idea it is. Time kills ideas, and only the strongest survive. The Lindy Effect simply stated is that the older something is, the more likely it will be around in the future. It is a simple way to estimate how long a non-perishable idea will last or remain relevant. The assumption is that the idea will be around at least as long as it already has existed. We can look at any idea through the lens of the Lindy Effect – buildings, cities, economies, technology, and books.

We can see the Lindy Effect in literature because some books won’t go away. The Scarlet Letter and The Great Gatsby are often found in high school English reading lists. Many people have War and Peace or Anna Karenina on their to-read-someday lists. Why are these books still read? How much longer will they be read for?

Let’s visualize the Lindy Effect with the following chart:

I am using the term value and relevancy to explain the Y-Axis. However, there are many other terms that could represent the Y-Axis such as trust, style, entertainment-value, or popularity. Think of this graph in terms of books. We should be seeking out books in the shaded region of the graph. These are books packed with timeless principles and valuable stories. Think of how many books were written in the 1800s (Hundreds of thousands? Millions?). How many of them are still read, discussed, and debated today? Not many.

Because the Lindy Effect is exponential it doesn’t take long for us to know the value of a book. We don’t need to wait hundreds of years to know if a book is any good or not. If people are still reading and talking about a book 20 years after its initial publication, then we know it‘s outlived tens of millions of other books. People must be gravitating to it because it has some value.

For example, Jim Collin’s Good to Great came out less than twenty years ago. Today it is still widely read and discussed. I see references to it all the time in books that I read. It has proved itself to be of tremendous value, and will probably be relevant and needful for years to come. Good to Great is full of valuable ideas.

Obviously, the Lindy Effect isn’t meant to produce the exact date of an idea’s demise, but rather it shows us that if an idea from 50 years ago is still considered a great idea today, then there is something of substance to it.

How to use the Lindy Effect to choose your next book

In 2010, a Google software engineer wrote a blog post about Google’s attempt to quantify how many books had been written in the world. The engineers wrote an algorithm to search through the world’s libraries and catalogs to determine the exact amount of unique books that have been published. How many books did Google’s algorithm come up with? 129,864,880 distinct books. We could never read that many books in our lifetime. Even at a healthy rate of 100 books a year, it would take you 1.3 million years to read all the books written through 2010. Doesn’t this put some perspective on why we should make an effort to choose the best books? The Lindy Effect helps us sort through the astronomical amount of books out there.

Taleb’s specific rule is that he doesn’t read any book that is less than 20 years old (at least he claims) because it hasn’t proved itself as worth reading yet. This helps to filter out over-blown best-sellers that fizzle out after only a few years. I don’t have a specific rule, but when possible, I too try to reach for a book that is more proven.

Using the Lindy Effect to think about books highlights the importance of reading the so-called “classics.” There is a reason why these books have survived for so long.

Where to start? I would start with lists like the Harvard Classics. This collection came about when Charles W. Eliot, the President of Harvard for forty years (1869-1909), said a liberal education could be obtained by reading 15 minutes a day from a collection of books that could fit on a five-foot shelf. I think of the Harvard Classics as the Lindy Effect in action. The list of books was curated to highlight the world’s written legacy or said another way, a collection of the world’s greatest ideas. These ideas have outlived writers, civilizations, and cultures, and we can learn from them today.

What books or authors are the favorites in your industry? Of those, which have been around for longer than 20 years? It could be well worth your time to dissect these books for the principles they contain.

Limitations of The Lindy Effect

The Lindy Effect is not a perfect model. There are limitations to it’s reach.

What if there is a book published this year that is full of profound and usable ideas – ideas that will survive for hundreds of years. Per, the Lindy Effect, this book won’t show its influential power for decades and you could miss out. This is an obvious risk of reading only older books. However, when you choose books by using the Lindy Effect you are increasing your odds of finding a book that is full of great ideas and thoughts.

I believe the power of the Lindy Effect is to highlight the importance of searching for time-tested principles and ideas. It should lead us to wonder, why do people still read this book, or why has this idea been talked about for so long? It doesn’t mean we ignore innovation, but rather we respect the old.

1 thought on “What is the Lindy Effect?”