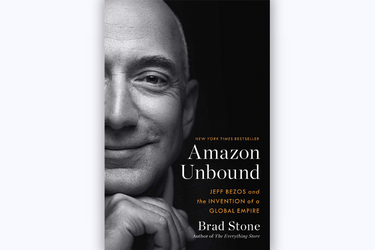 Nearly ten years have passed since Brad Stone wrote the book The Everything Store. For many, it was the first glimpse into the life of Jeff Bezos and the company he founded in the late 1990s.

A lot has happened since the book was published in 2013. Jeff Bezos’ personal wealth ballooned, and he became the richest man in the world. Bezos’s personal life was on full display, after a lengthy article in the National Enquirer about an affair he was having. Amazon became one of the first companies to ever be valued at over 1 trillion dollars.

Brad Stone wrote Amazon Unbound to continue the story of Amazon after 2013. Stone focuses on the projects and initiatives that have transformed Amazon, and what role Bezos played in each of them.

The book highlights the following projects:

This list represents only a handful of the projects that are discussed in Amazon Unbound. If you like books that talk about big projects and learning about innovative companies, then this book is for you. Stone brings insider-like knowledge to these projects. Often he quotes from internal documents and emails. He knows the company very well and puts all of the projects in perspective.

I very much enjoyed this book and recommend it!

If you are interested in reading and purchasing Amazon Unbound you can purchase it from Amazon here.

I also made a longer video review of Amazon Unbound, which you can watch below: