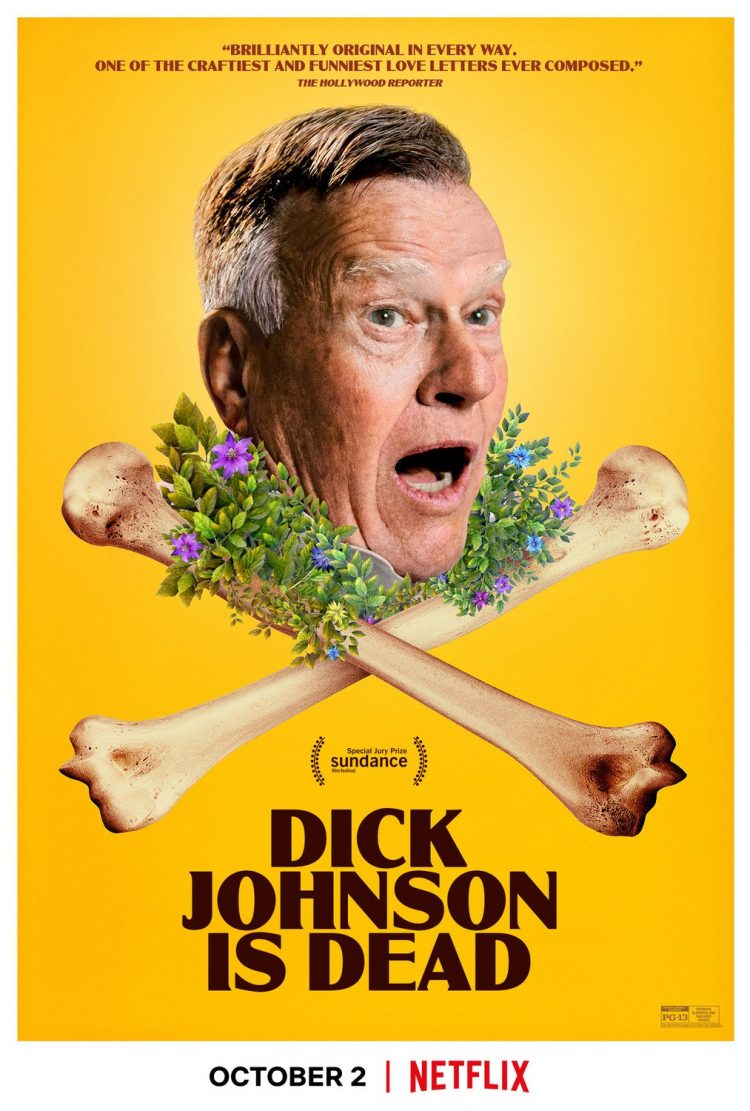 I have never written about a movie before. Who knows if I’ll ever write another. The funny thing is I read more movie reviews than I do book reviews. Robert Ebert is my go-to movie critic. I love the way he simply and masterfully writes movie reviews.

Anyway, today I will be discussing the film Dick Johnson is Dead. It was released in October 2020 on Netflix.

This is a movie about death and losing the ones closest to us. The director, Kirsten Johnson, is coming to terms with the eventuality of her father’s death. To help her do this, she stages accidental ways that her father could die and films them with her father playing himself. It is humorous but also has an eerie sense of realism.

The perspective for the death scenes is interesting. Most of the time the audience doesn’t view the death through the main camera, but rather we spend a lot of time looking behind the scenes of them filming the death scenes. We see the sound crew, the directing, the fake blood and the stuntmen. This highlights one of the deeper themes of this movie. Kirsten loves her dad. She calls him her best friend. This project is really a way to spend time with him and to honor his life. Watching her direct her dad in these death scenes is the real movie.

This movie was filmed over a few years and also has a loose narrative of Dick coming to live with Kirsten in New York City. He has begun losing his memory and has just retired from his career as a psychiatrist. We see him clean out his office, pack up his home, and move in with Kirsten.

There are many powerful scenes in this movie. One that sticks out is a scene right before the move to New York. Kirsten confronts her dad about selling his car. He knows what this means. We see the realization in his eyes. Dick Johnson won’t be driving anymore. It was sad to watch the loss of independence that comes as you age.

I thought a lot about death after watching this. The movie strikes the right tone of not being too morbid. The thoughts I had were more positive and pleasant than one would expect after watching a movie about dying. Dick Johnson seems like he lived a great life. He helped others. Loved his family. He is a man worth honoring and that is exactly what Kirsten Johnson does in Dick Johnson is Dead.