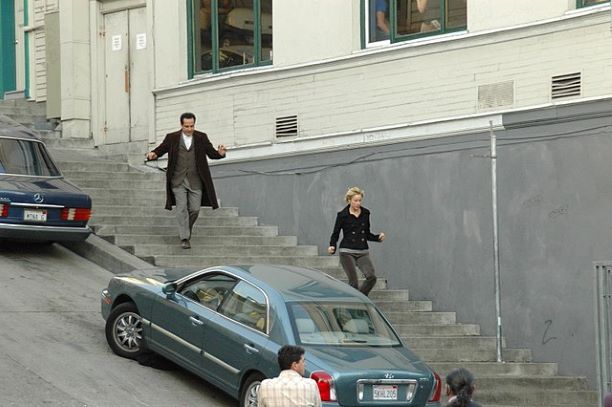 Monk was a TV series which ran from 2002-2009. It starred Tony Shalhoub, who plays a former police detective named Adrian Monk, who is brought on as a consultant with the San Francisco Police Department.  Monk is one of television’s most interesting characters. He is very OCD and has an endless amount of phobias. However, even with his quirks, he is the best in the business at solving crimes.

Tony Shalhoub is incredible in his acting in this series. His portrayal of Monk garnered him eight best “lead actor in a comedy series” primetime Emmy nominations, of which, he won three of them.

But anyway, I pulled the IMDb rankings for every episode of Monk to look at the data.

For the first attempt to determine the best season of Monk. I took the episode ratings for each season and just averaged them to arrive for the season average. When looking at the season average here is the ranking of the best Monk seasons:

According to IMDb rankings, the final episodes of Monk have some of the highest rankings of the series. Because of this, I decided to approach the data a little differently. What if I looked at what season had the most episodes above the average episode rating. This would show which season of Monk has, on average, a better number of episodes.

The average episode ranking for an episode of Monk is 8.10 (see my note below). So I compared each season against this value, to see how many of the episodes ranked above the average.

Using this method, Season 3 is by far the best season of Monk. Season 7 only had one episode that was rated higher than average.

After calculating the best seasons I decided to look at other ways to look at episode rankings.

In the middle of season 3, Monk’s assistant Sharona Fleming leaves the show and is replaced with Natalie Teeger. Rumor has it that Sharona left the show because of a contract dispute.

I was curious to see how the average episode ranking compared between Sharona and Natalie. Sharona appeared in 36 episodes (not including an appearance in season 8). Natalie appeared in 89 episodes.

It looks like casting Traylor Howard as Natalie Teeger helped give the series a small bump in popularity.

After trying to solve the Sharona vs. Natalie debate, I decided I would look at some of the other recurring characters to see how their episodes were rated. At first, I looked at Dr. Kroger and Julie Teeger. Both of their ratings were average, 8.12 and 8.11, respectively. Dr. Kroger appeared in 46 episodes, and Julie appeared in 25 episodes.

I decided to then look at other characters who didn’t appear as often to see how they compared. I wanted to find named-characters (no “Cop #4” nonsense) who appeared between 5-10 times on the show. Filtering for this criteria left me with Trudy Monk (only including Melora Hardin), Harold Krenshaw, Kevin Dorfman, and Abigail Carlyle (who is married to Tony Shalhoub in real life). Here are the results:


I always thought the Trudy story arc was a little weird. At times I felt like the show was about Monk trying to find answers about Trudy’s death. He would make progress, and then it wouldn’t be touched again for 10+ episodes.

Looking at all of the episode titles I noticed a pattern of recurring titles. I was curious if the way the title was structured affected the rating of the show. To do this I isolated three common phrases: “Mr. Monk and the”, “Mr. Monk goes”, and “Mr. Monk gets”. Together, these three titles represent 65% of the titles from Monk. Interestingly, season 7 (the lowest-rated season) has the least amount of titles like these three. Coincidence?


A Note on IMDb Ratings

If you were to search for Monk on IMDb you would see that the rating for Monk is 7.9. While doing my research I found out that IMDb presents a weighted-average ranking for every television series. IMDb doesn’t release exactly how this weighted-average is calculated. I had assumed that the overall series ranking was calculated by taking the average of every episode, which for Monk is 8.10, but that is not the case.

On IMDb’s FAQ page they say, “although we accept and consider all votes received by users, not all votes have the same impact (or ‘weight’) on the final rating.” So IMDb does some type of filtering of the rating fans post..

So what did we learn: